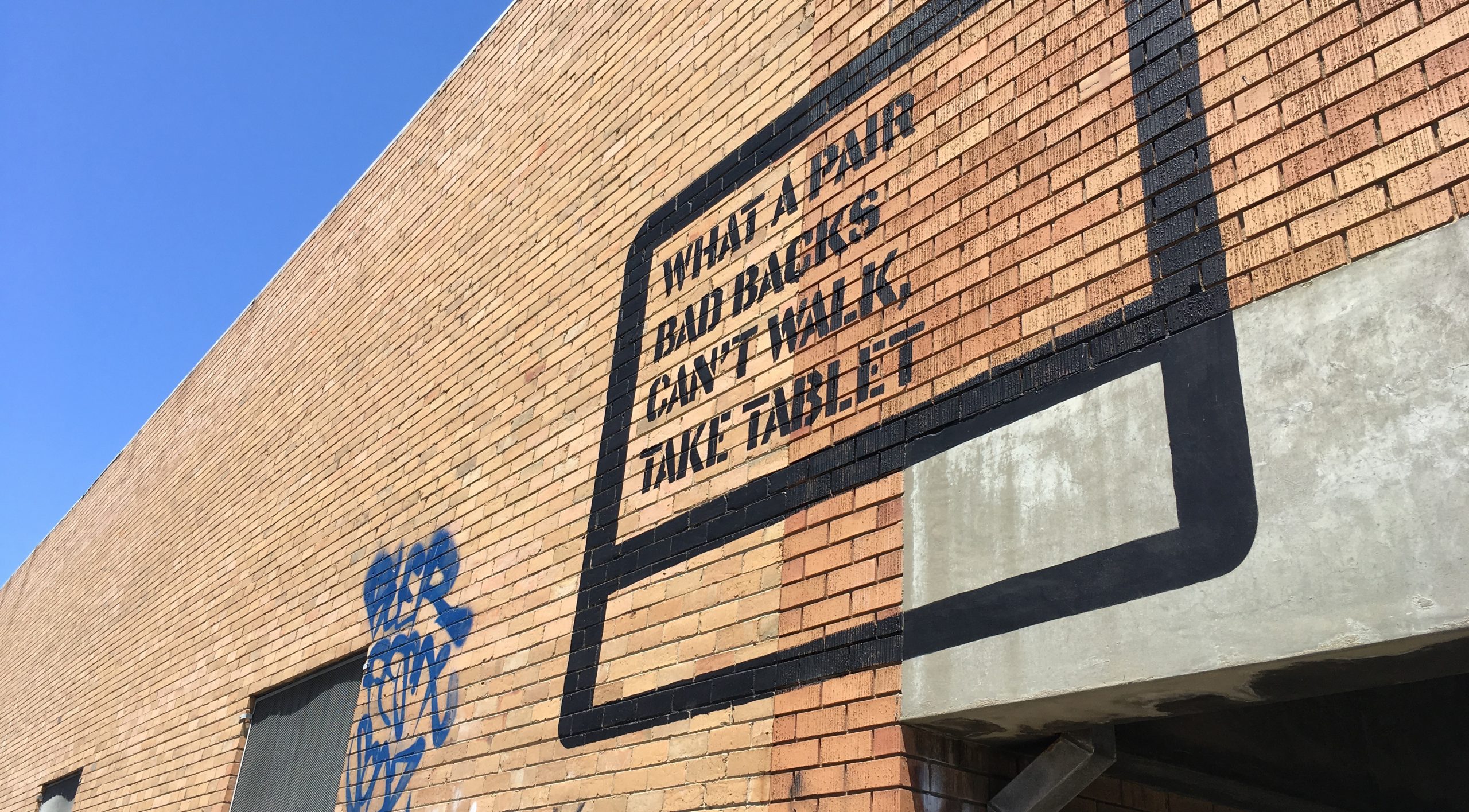 Prior to the advent of the motorcar, how would the dead be transported to their final resting place? By the Mortuary Train – a special train for the recently departed. Between 1906 and 1939, a fleet of six Mortuary Trains ran northward from Melbourne out to Fawkner Memorial Cemetery. These special vehicles, equipped with louvred coffin draws each side, have been the inspiration for an art project for which we were commissioned to design the typography.

This involved the design and production of massive typographic stencils (some up to six metres wide) using a special stencil typeface comprised of all straight lines for ease of production. This became the typographic language through which the imagined poetic thoughts of the dead were displayed upon building façades along the upfield train line.