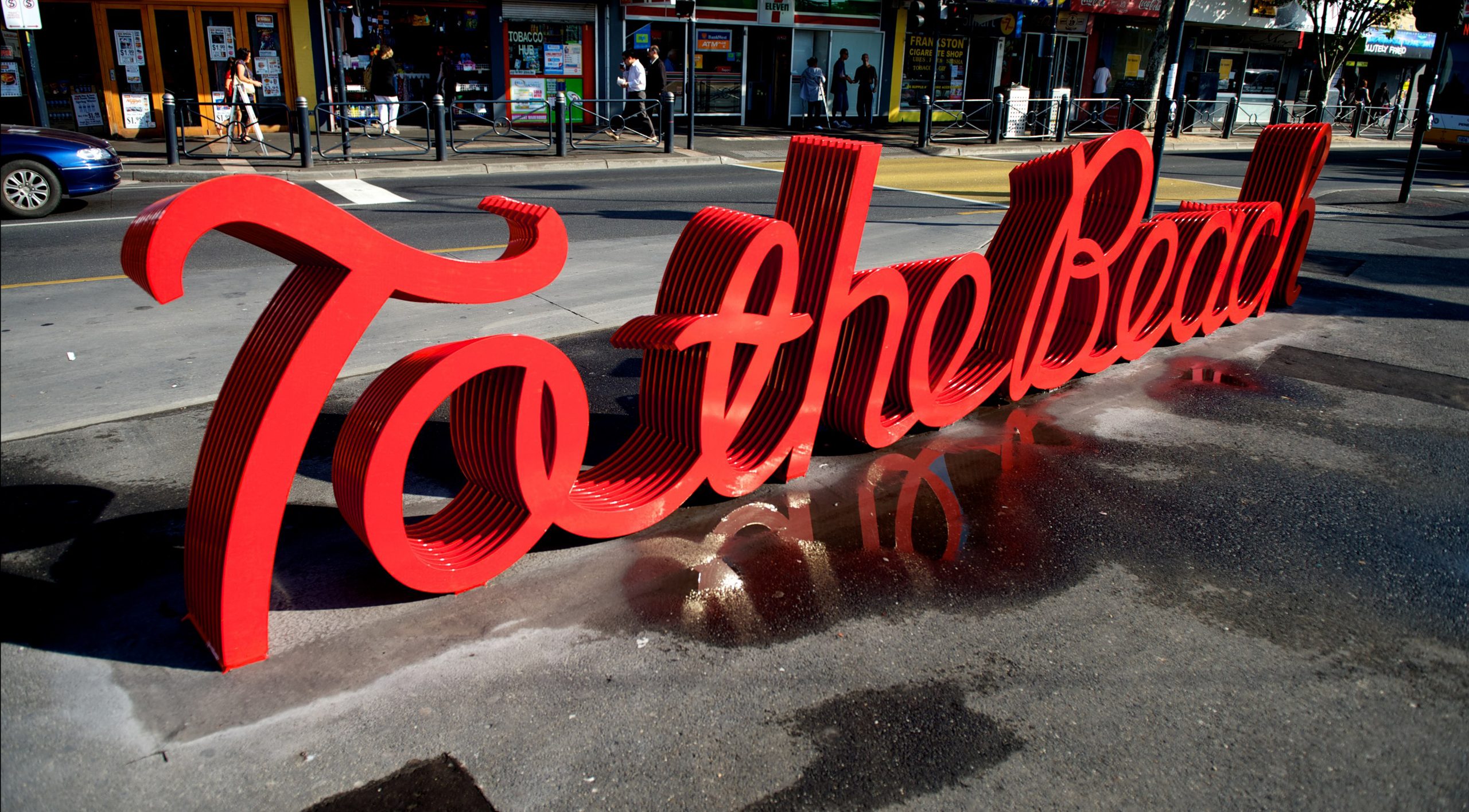 This monumental urban marker greets people arriving by train to Frankston and gestures to the beautiful Frankston Foreshore Beach, only 500 metres away. Weighing in at 2.4 tonne and standing some 1.2 metres high, To The Beach was also designed to serve as public seating for a bus stop.

Composed of ten undulating layers of powder-coated steel, the typeface is a custom script known as FCC Script. A stencil version, FCC Script Stencil, was developed a year later. The work has since become quite a well-known landmark of the Frankston area.

To The Beach was part of a wider wayfinding system. This also included a series of modular in-ground plates, which take a specifically polite tone rather than the usual regulatory voice reminding the public to ‘do the right thing’. These were designed for both singular and multiple configurations.