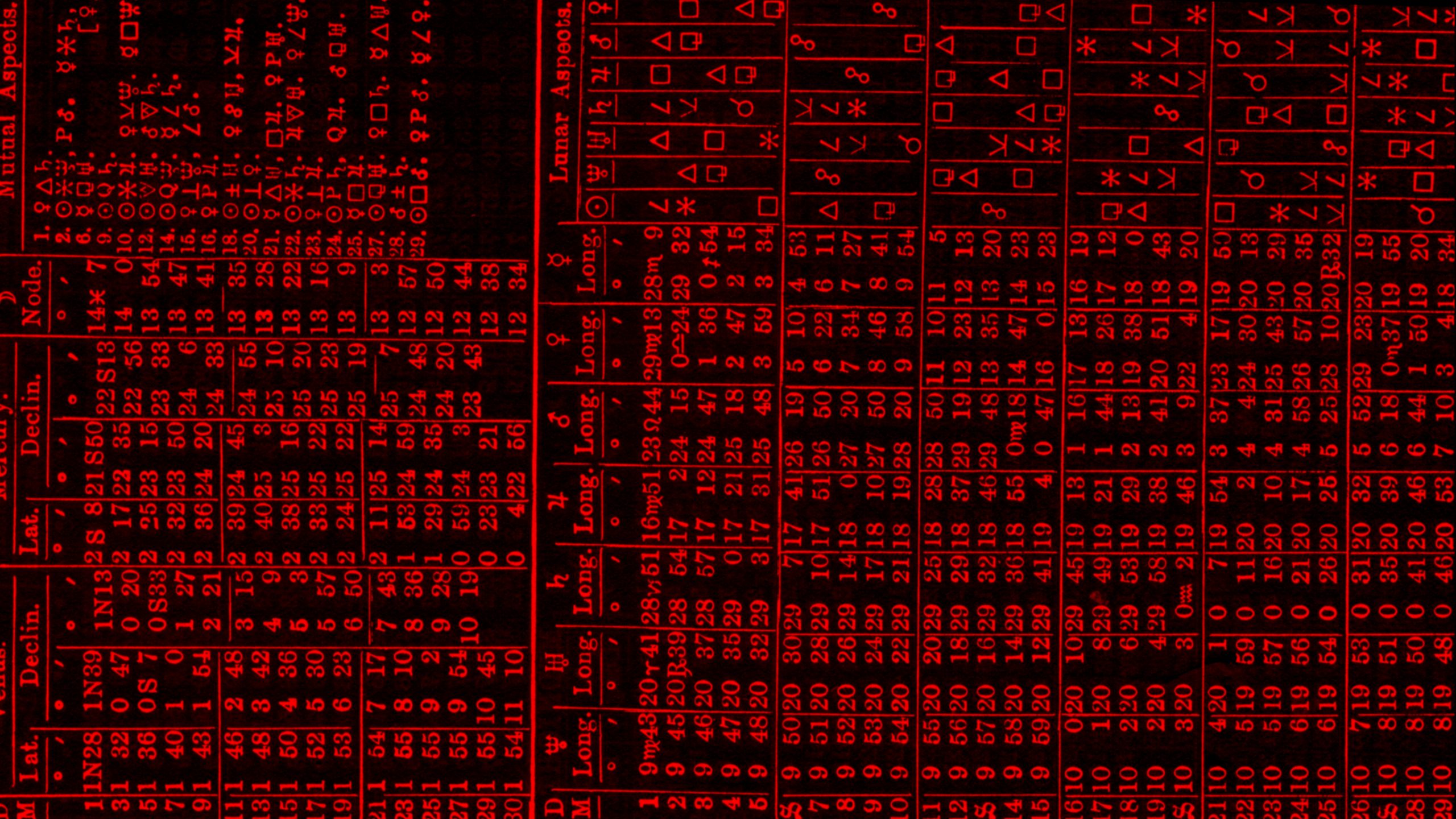 All in the Stars

Every now and then one discovers a publication that is truly and captivatingly bamboozling. Something that, even upon close inspection, is virtually impenetrable to the reader. It’s an extraordinary feeling to flip through page after page not getting any closer to the meaning that when you first sighted the cover.

Raphael’s Astronomical Ephemeris is such a publication. First published in 1819, the Ephemeris charts the longitudes of the planets and sidereal time1 for noon on every day of the year. This information is then used for the casting of horoscopes for all the places of the world.

The detailing of such precise celestial information does not come without its price. The half page errata indicates that human error and subjectivity still plays a role in the pages of Ephemeris. In fact for such a seemingly objective booklet of listings, an air of subjectivity is never too far away. A personal horoscope for King George V, featured in the 1932 issue, carries within it a distinct editorial political slant – “The astrologer sees through the trappings of pomp and power, and the stars proclaim the man as he is; and it is because the world too is largely waking up to this basic factor that so many of the ‘tin gods’ of the earth are today out a job”. The forecast for the king is not a bright one — according to Raphael’s Ephemeris His Majesty’s personal conditions will be unfortunate, losing relatives and may even experience chest, lung and kidney complaints of a serious nature2.

Still published to this very day in England by W Foulsham, the Raphael suite of publications includes Raphael’s Key and Guide to Astrology, Raphael’s Mundane Astrology and Rapahel’s Book of Dreams.

A recent addition to this suite has been the aptly named manual, How to read Raphael’s Ephemeris, produced to aid the lay-person in deciphering the thick numeral and symbolic forest. But according to an astrological website, it’s a worthwhile effort, the promise being “Learn to use your Ephemeris properly and you will be able to consult it daily in pursuit of the everyday matters of your life: timing marriage plans, applying for a job, signing an agreement, planning a party — anything you like”.

Over the years the booklet cover design, featuring its uniform centred type in an often clumsy range of fonts, has certainly been a picture of consistency. Whether this is a strategy for easy recognition or a distinct lack of interest in improving the titling is unclear.

Typographically speaking, the booklet sets up an interesting paradox. It has been always said that the true beauty of typography lies in its truthful depiction of the meaning of the word itself, and as a general tenet this is an accurate one. But within the impossibly dense charts of the Ephemeris a certain typographic beauty can also be found. This charming abstraction lies in the impenetrable obtuseness of the information – and the realisation that this information can only be useful for the most esoteric of interests, and to the most committed of readers.

Whether one wishes to look to the future by deciphering this mass of information or simply take in the pages as a visual spectacle, Raphael’s Astronomical Ephemeris offers us a true typographic oddity.

1. Sidereal time is a measure of the position of the Earth in its rotation around its axis, or time measured by the apparent diurnal motion of the vernal equinox, which is very close to, but not identical with, the motion of stars.

2. Given that it was a well known fact that the heavy smoking King suffered from emphysema, bronchitis, chronic obstructive lung disease and pleurisy, this is hardly a revelation. King George V went on to live for another four years, dying in 1936.