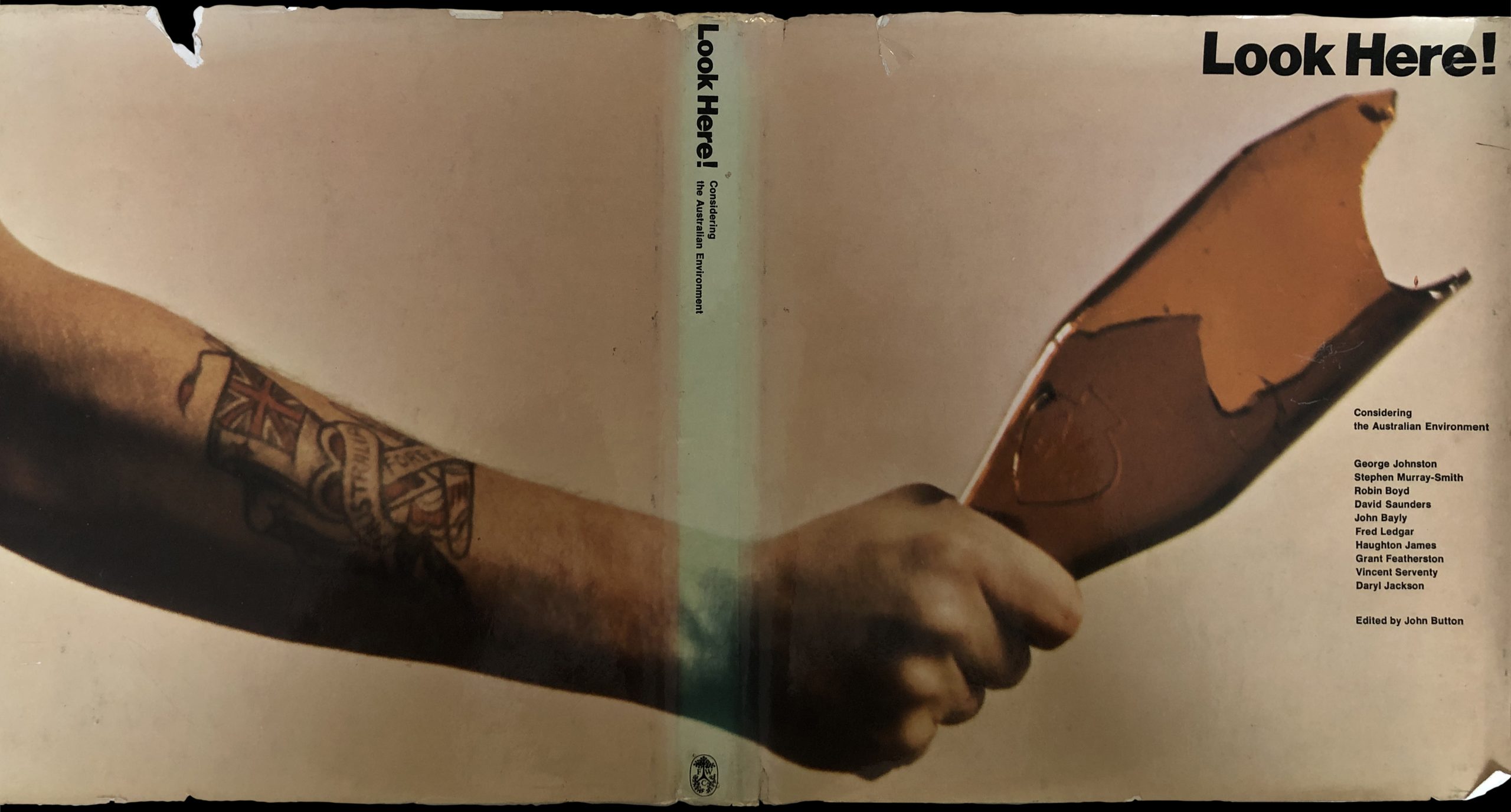 Graphic design in Australia is going through a particularly interesting period at the moment — you may think that I’m about to talk about the current state of design work, its increasing international profile etc but I’m not. Instead I want to look at the other end of the equation – the growing interest in the origins and histories of Australian graphic design.

Part of a maturing graphic design culture is a knowledge of its past. Not for its sake but for the insight it can offer current and future practitioners, students and perhaps most importantly, as a way of telling the story of design to a broader public.

The tide of recently produced texts on aspects of Australian graphic design, some focussed on individuals – Alex Stitt1; some on design projects – Les Mason’s Epicurean Magazine2, the various designers behind The World Record Club3; and others on an entire design medium – Characters: Cultural Stories revealed through typography4, are encouraging others to follow suit and appreciate the practitioners and design culture that has preceded them.

From my own collection of Australian graphic design is a piece that is remarkable in both its form and content. Designed by the Melbourne-based firm Stitt & Weatherhead (Alex Stitt & Bruce Weatherhead), Look Here! Considering the Australian Environment (1968) is an extraordinary cultural document of its time yet appears curiously current.

Produced by the progressive publisher F.W Cheshire, Look Here! ‘is the first book to attempt a consideration of a number of aspects of the Australian environment together, and to discuss them in a way which will interest everyone, including the layman’5. Intentionally provocative, the texts are from a range of perspectives –architects (Robin Boyd, Daryl Jackson and David Saunders), town-planners (John Bayly and Fred Ledgar), an industrial designer (Grant Featherson), an advertising executive (R. Haughton James), a naturist (Vincent Noel Serventy) and an educationalist (Stephen Murray-Smith) and a writer (George Johnston). Edited by the eminent John Button, the book is based on a series of lectures by the Victorian Fabian Society.

Produced some eight years after Robin Boyd’s seminal book The Australian Ugliness (1960), it continues the ‘call to action’ for an emerging Australian identity in the midst of rapid social change. Whilst the writings within Look Here! are forceful, informed and passionate, its publically accessible tone avoids academic dictum.

But of course it was the design that first drew me to this book. Its dramatic grainy black and white photography combined with the sparse, asymmetrically-composed typography makes for a compelling visual journey, long before being drawn into the wonder of the words themselves.

What is particularly refreshing about Look Here! is how appropriate the design is to the content – the stark social documentary style of the images works in perfect tandem with the simple grid system and understated typographic flavour. The use of a seriffed text face allows the book to avoid the predictable complexion of a ‘modernist’ book. The quiet and sombre handling of the text also respects the authority of the arguments by avoiding the more explicit typographic fashions of the day (you would never know the same designers produced the joyful Jigsaw project).

However where the book design demands drama, it more than delivers. The cover image of Look Here! is unapologetically aggressive. What better personifies an argumentative and provocative text than the traditional Australian weapon of choice –a jagged, broken beer bottle.