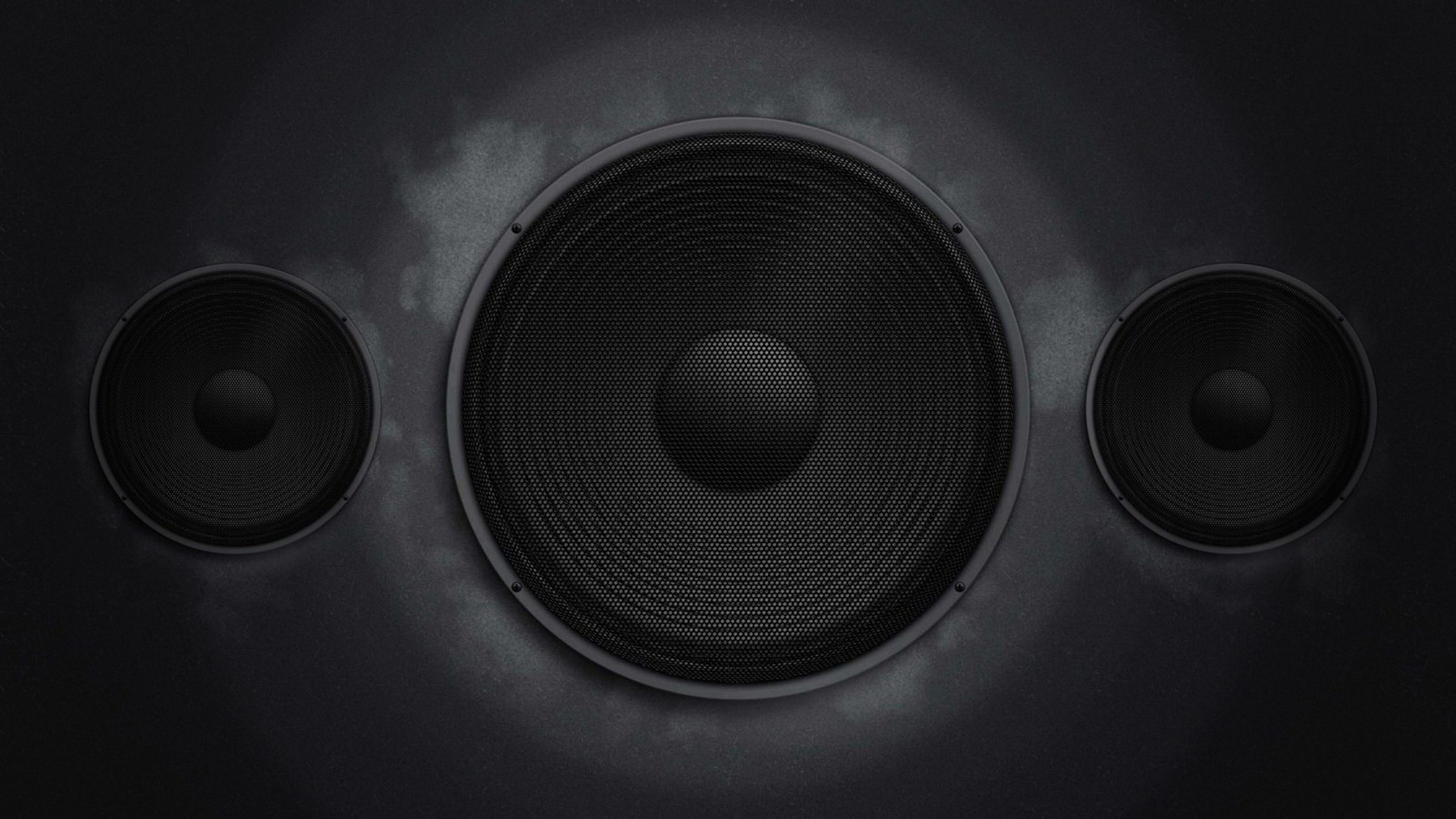 The Joy of Sets

writer Stephen Banham This article formed the basis of an interview on ABC Radio National’s Blueprint For Living.

1988. A long shadowed Sunday afternoon in St Kilda, Melbourne. Inside the disheveled offices of community radio station 3PBS, a fresh-faced graphic artist is assembling the next issue of the station magazine, Waves. Strips of typeset columns are carefully lined up and stuck onto card printed with a light blue grid. This laborious work was occasionally interspersed by hand-drawing the headlines, tracing the typefaces out of old printers books. Whenever a letter was missing, one was cobbled together from elements of the others. Piping throughout the radio station is the twisting deep bass of Jamaican dub music.

My Sunday afternoon stints at the magazine happened to coincide with the reggae show. Nearly three decades later I’ve realised that what I learnt from those early days working at the radio station had very little to do with the actual artwork itself – but the music that surrounded it. Unbeknown to me, this music was to be far more than just a soundtrack to my working, the structure of dub was to fundamentally influence my attraction to, and understanding of, typography.

Type is a difficult thing to explain to many people. It’s obtuse, odd and verging on the arcane for some. So musical analogies are often used when discussing the patterns and forms that ultimately become letters and typefaces. Central to this public misunderstanding of type is that ‘all typefaces look the same’. And indeed this very same argument is used by those who don’t like dub music – they think that ‘all that stuff sounds the same’. This may be a criticism but it also highlights some key similarities. Let’s first look at the nature of dub music itself.

A dub is an interpretive variation (a mix) of a pre-existing piece of music. The power of the dub lies in the use of the mixing board as a musical instrument – removing and rearranging sound rather than adding to it.In a full mix, rhythm and vocals come together to form a particular sound. In the dub remix, the engineer strips the whole thing down to the essential rhythm foundation. The rest is then reshuffled, rearranged and remixed to emphasise different components at different times. A good dub takes out what is unnecessary. In dub, empty space is as important as substance; balancing the two in a creative and interesting way is the key to a good mix.1

If I replaced the word ‘dub’ with ‘type’ in the last statement, it would still make sense, so parallel are these two forms. So now let’s look into the nature of typography.

There are now tens of thousands of digital typefaces available globally and whilst every release purports to be a ‘newly designed’ typeface it’s not really that at all. Each typeface is so strongly based upon a commonly accepted structure, the alphabet, that each typeface can only hope to offer a very slight, stylistic variant – a remix of what preceded it. That term is not accidental – the explosion of ‘the remix’ upon 1970s disco culture owes a great deal to its Jamaican counterpart, dub.

The endless ‘remixing’ of typography reinforces the very ‘fine grain’ of its language. The currency of the typographer is the ability to see miniscule nuances and spaces, to be able to craft a perfect partnering of letterform and meaning. Both dub and typography give emphasis to particular elements whilst downplaying others, and both offer a creative scope within set parameters – recognized as a variation upon an original. Whilst neither dub nor type concern themselves with the entirely ‘new’, both offer creative ‘echoes’ of pre-existing forms.

In my own career as a typographer, the partnering of the sound of dub and the design of type have operated almost like a form of synaethesia. In complete contrast to its cartooned depiction as ‘stoner’ music, dub actually presents a finely crafted, highly nuanced language of space and pattern – which sounds more than just a little just like typography.

The story supposedly goes something like this.
‘In January of that year (1964) I had an accident. I was not seriously hurt, but I was confined to bed in a stiff and static position. My friend visited me and brought me a record of 18th century harp music. After she had gone, and with some considerable difficulty, I put on the record. Having laid down, I realized that the amplifier was set an extremely low level, and that one channel had failed completely. Since I hadn’t the energy to get up and improve matters, the record played on almost inaudibly. This presented what was for me a new way of hearing music’.

That’s how Brian Eno recounts the (accidental) creation of his own form of ‘ambient’ music on the liner notes of his album Discreet Music (1975). Since then the term ‘ambient music’ has been hijacked and given a distinctly purple crushed velvet complexion, sullied by its use as a massage day-spa soundtrack – so instead I’ll use the wider and perhaps more descriptive term ‘minimalist’ music.

So what does all this have to do with typography? Well, they are inherently about space and miniscule variation.

The essence of typography lies in the management of space – the orchestration of the areas around and within letters ultimately defines how the reader will interpret the content. So it’s safe to say that typographers are comfortable not only with form but also its logical companion, absence. It is these ‘visual silences’ that have their aural equivalent in minimalist music.

The piece of music that perhaps best sums up this experience for me is the Eno album Thursday Afternoon (1985) whose single 61 minute track changes so subtlety as to be almost undetectably throughout its entire duration.

Unlike Cage’s renown 4’33 (1952) it does not present a complete silence but rather perhaps something even more nuanced – an experience of very little. For most people detecting the typographic difference between Miller Text and Miller Text Display would present the same challenge as recognizing the tonal differences within Thursday Afternoon – the answer would be ‘very little’

Just as French minimalist composer Erik Satie sought to ‘…make music which is like furniture… melodious, softening the noises of the knives and forks at dinner, not dominating them, not imposing itself’ so too a similar call was heard within the typographic community a decade or so later with Beatrice Warde’s famous essay Crystal Goblet arguing that ‘Type well used is invisible as type, just as the perfect talking voice is the unnoticed vehicle for the transmission of words, ideas’. These call for a sense of calm humility, to be subservient to the ‘task-at-hand’.

If ‘ambient’ music can be described as an attempt to respectfully modify the experience of an environment, its nemesis, ‘pop’ music, might be said to completely swamp the context in which it is played, dictating a mood difficult to escape from short of literally vacating the space (think fashion retail stores). Warde even had a pejorative term for this loudness – ‘stunt typography’.

In a field so prone to superficiality as graphic design, it is important to make the differentiation between humility and a stylistic minimalism.

Admittedly an approach based on ‘very little’ is very difficult to ‘monetise’. There is an old story that is often used in lectures that seeks to highlight this perplexing issue. It goes something like this – An interior designer is commissioned to develop the interior of a restaurant built in an old butchers shop, whose fittings have all been left intact with original tiling, hooks and counters. When asked of his approach during the design presentation, the designer’s answer was simple – ‘Do nothing. Leave it exactly as it is’. He then invoiced handsomely for this design advice – leading to the question of whether the integrity of ‘doing nothing’ can in fact be monetised. Is the client paying for the years of advice and wisdom (in which case the answer is completely valid) or does the commission have to result in a ‘designed’ outcome every time?