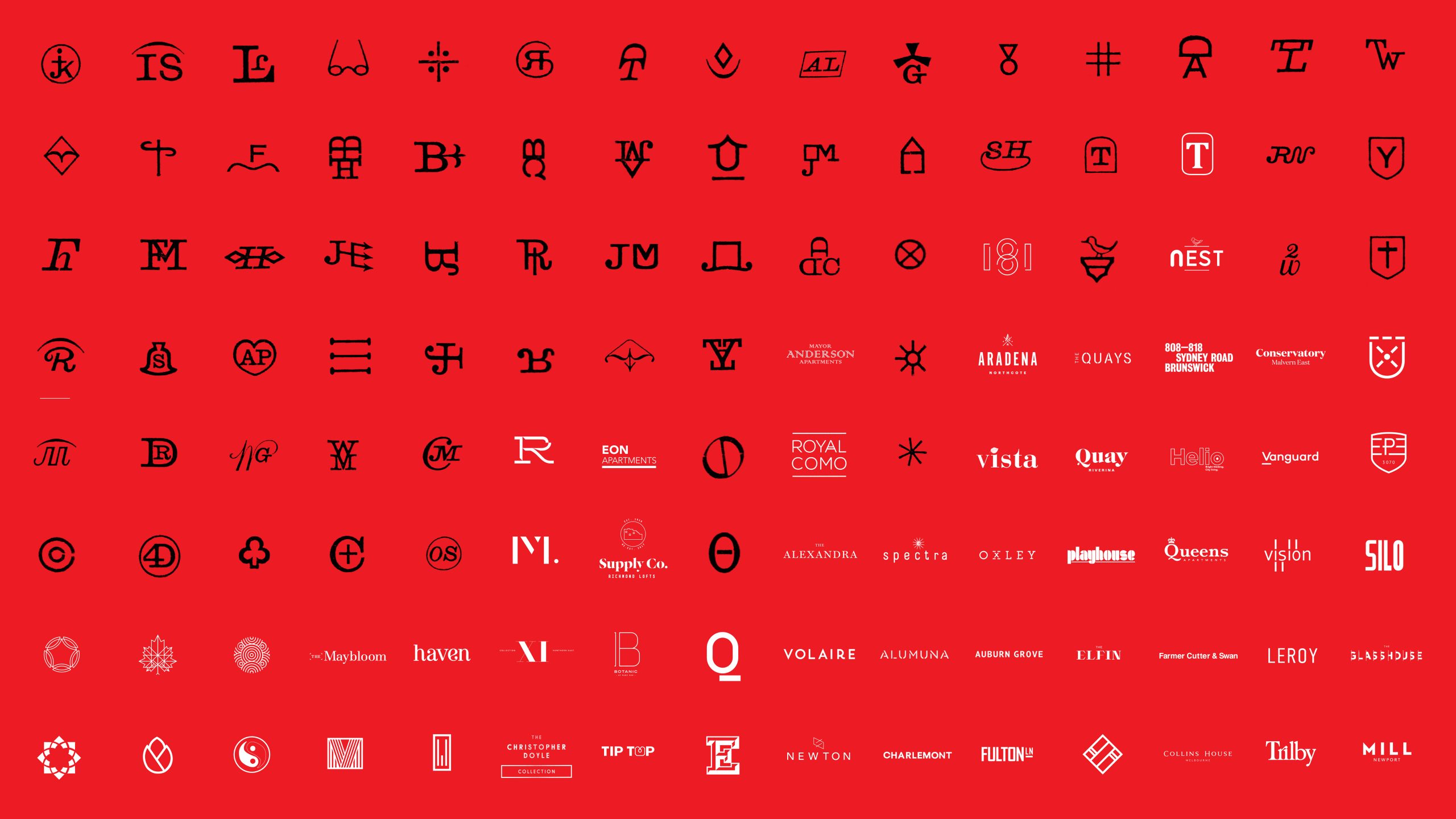 Imagine yourself in the year 2040, finding a photograph of the Melbourne streetscape from the present day.

Two things would immediately signify it as being from 2016 – the number of cranes across the skyline and at street level and the construction hoardings glistening with glamorous promise. Melbourne is experiencing the most dramatic real estate boom in living history – this feverish development has seen 13,000 new apartments constructed each year for the past two years, with plans for another 22,000 over the next few years.1 Like that photograph of the streetscape, the Cashcow Oblique poster presents a snapshot of this time and place but through a typographic lens. Moreover it connects the present day with another time of oversupply – the livestock boom of the 1870s. During that period the supply of cattle was so plentiful that the ownership of herds needed to be signified and differentiated.

The most effective way to do this was through branding – quite literally, a hot iron brand seared into the rumps of the livestock. By the latter half of the nineteenth century, the simpler alphabetical brands had all been used so the designs became increasingly complex and idiosyncratic.2 When placed alongside the embellished brands extolling the contemporary real estate boom, design similarities become evident. The economic opportunity for speedy profits, known colloquially as a cash cow, can create booms. Booms produce oversupply. Oversupply calls for differentiation. Differentiation calls for creativity. Enter branding. From 1870 to 2016, it shows that history really does repeat – or to put it another way, notions of ‘the new’ may not be quite so new after all.