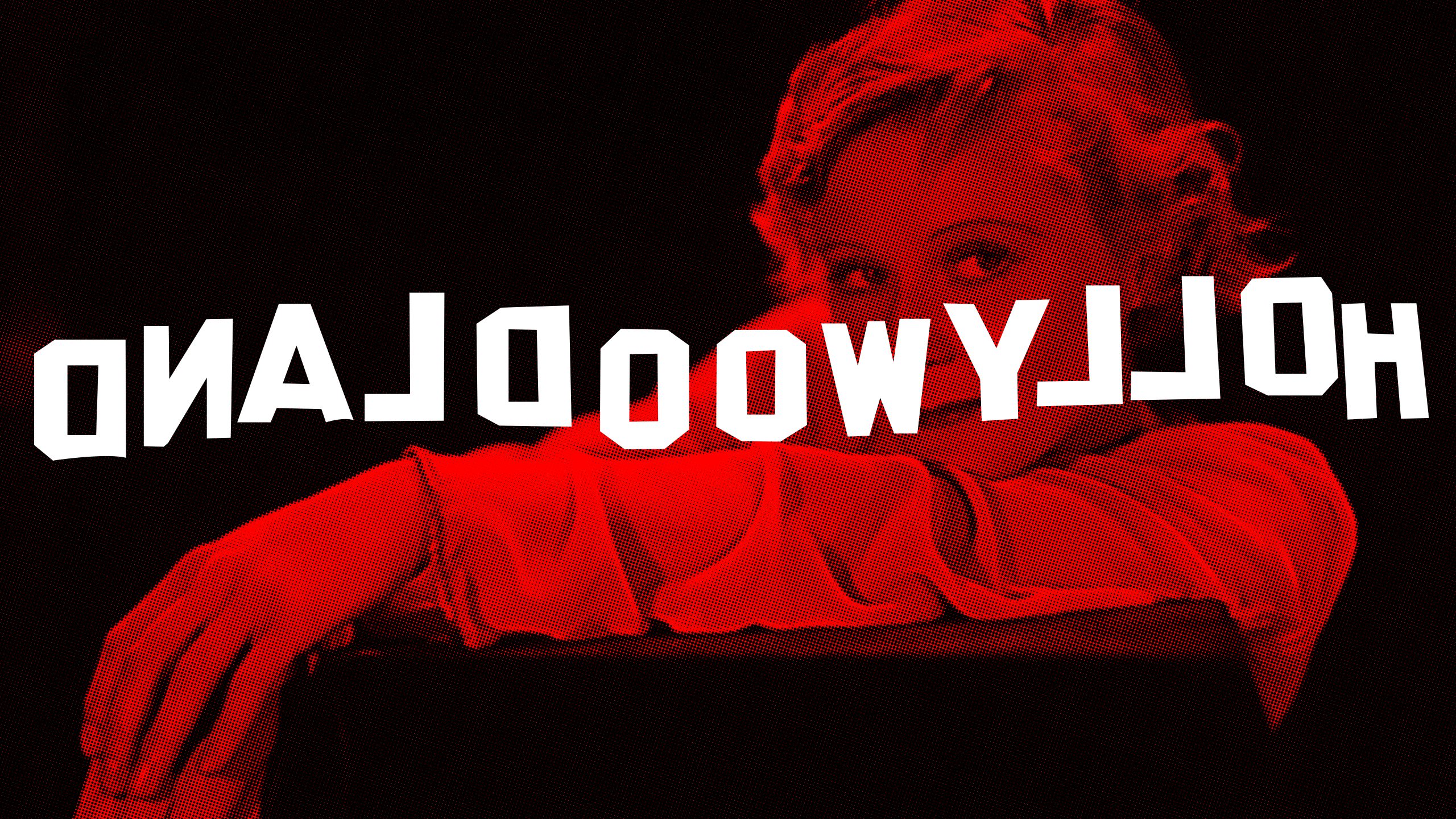 Ending it with a H

Many typographers view Peg Entwhistle’s extraordinary mode of suicide as a bizarre form of typographic martyrdom despite the fact that Peg was not known to harbour any particular views on type – so who was Peg Entwhistle and why did she kill herself?

Peg Entwistle was born Lillian Millicent Entwistle on the first of July, 1908 in London, England. From an early age Peg’s life had an element of tragedy – her mother died when Peg was a child, after which she and her father moved to New York. Her father married again and had two sons Robert and Milton.

Tragedy struck again when Peg’s father was run over by a car on Park Avenue. Her step-brothers left to live with their Uncle Harold, but she stayed behind to pursue her true love – acting.

She made her stage debut at the age of 17 with the Boston repertory company and soon was working on Broadway in prestigious Theatre Guild productions. In 1927, Peg married Robert Keith, a man 10 years her senior, but she soon discovered that he had been married before and had a six year old son who he had neglected to mention. In the process of divorcing him, she helped him stay out of jail by paying the back alimony he owed his ex-wife.

In 1931, Peg continued her work on the stage in the production Getting Married co-starring Dorothy Gish and in 1932 she co-starred with Laurette Taylor in Alice-Sit-By-The-Fire . As the economic depression of the early 1930’s deepened, she had an increasingly hard time finding work on the stage and so moved to Hollywood in the hope of finding work in the movies. She arrived in Los Angeles in April of 1932 and moved into the Hollywood Studio Club, a rooming hotel for women. She later moved in with her Uncle Harold at 2428 Beachwood Canyon Drive in Hollywood to save money.

Peg found stage work with Billie Burke in The Mad Hopes , but the play closed after a brief run. In 1932, she was thrilled when RKO signed her for the role of Hazel in the murder mystery Thirteen Women starring Irene Dunne, but the film got such poor reviews from critics that the studio held back its general release so it could re-edit the film. Her studio options with rko were dropped, leaving her unemployed and depressed.

On September 18, 1932, after a night of depressive heavy drinking, she told her Uncle Harold that she was going to walk up Beachwood to meet some friends at the local drug store. Instead, Peg scratched her way up the Griffith Park mountain slope to the monolithic Hollywood sign* where she took off her coat and folded it neatly. She placed it, along with her purse, at the base of the maintenance ladder which led up the letter “H”. She then climbed up the workman’s ladder on the back of the 45 foot letterform and dived head first onto the ground killing herself instantly. Peg was only 24 years old.

Who actually first found her body is also a mystery. A transcript of a phone call to the LA Police Department by an anonymous caller records:

“I was hiking near the Hollywoodland sign today and near the bottom I found a woman’s shoe and jacket. A little further on I noticed a purse. In it was a suicide note. I looked down the mountain and saw a body. I don’t want any publicity in this matter, so I wrapped up the jacket, shoes and purse in a bundle and laid them on the steps of the Hollywood Police Station.”

Dubbed the “The Hollywood Sign Girl”, the LA Times published the suicide letter in hopes that she could be properly identified. Her Uncle Harold recognised the initials on the note and later identified her body in the morgue.

Though Peg’s funeral and cremation took place in Hollywood, her remains were shipped to Ohio for burial at Oak Hill Cemetery, Glendale, Ohio, and  buried with her father on January 5, 1933.

To our knowledge Peg Entwhistle is the only recorded instance of a person killing themselves using type.

When looking at the structural letterforms of the Hollywoodland sign more closely, Peg’s choice of the letter H for a suicide jump was a very efficient one indeed. Her decision to use this particular letter may have been influenced by her approach to the sign itself (perhaps it was simply the first letter she came across) but looking at the height required for a successful suicide, the H offered an effective height – it is estimated that a jump from the horizontal stroke of the H would have offered an effective drop of approximately 40 feet.

Added to this, the letter H is peculiar within the Hollywoodland sign in that the verticals on either side of the middle stroke offer the climber support for greater balance, particularly as the signage letterforms themselves are quite thin.

This then leaves open to speculation whether if she had instead chosen the letter A for her jump, Peg Enthwhistle may have been humbly recorded as the only person to have attempted suicide using type.

The story of Peg Entwhistle doesn’t just end there. The extraordinary nature of her suicide has spawned many a speculation as to the her ghost.

Hikers and park rangers have reported some strange happenings in the vicinity of the Hollywood sign. Many have reported sightings of a woman dressed in 1930’s era clothing who abruptly vanishes when approached. This ghostly figure has been described as a very attractive, blond woman, who seems very sad.

In 1990, a North Hollywood couple were walking on a Beachwood Canyon trail near the Hollywood sign with their dog when the animal suddenly began to act very strange. Instead of running around on the trail and through the brush as he normally did, he began to whine and hang back near the couple. They had never seen him act that way before and could find no cause until they spotted a lady walking nearby. One thing they noticed about her was that she was wearing clothing from the 1930’s. However, thinking that you could see anything in Hollywood, they didn’t pay much attention.

The lady however, seemed to be walking in a daze. Thinking that perhaps she was drunk or on drugs, they started to steer clear of her when she suddenly just faded away before their eyes. At that time, they had no idea who Peg Entwhistle was, nor that she had committed suicide nearby, or even that her ghost reportedly haunted the area.

Another eyewitness to this haunting was a Griffith park ranger named John Arbogast. In an interview, he described his own encounters with the ghost of Peg Entwhistle. He stated that she normally made her presence known very late at night, especially when it was foggy, and always in the vicinity of the Hollywood sign. He also claimed to have encountered the scent of gardenias, Peg’s trademark perfume, in the area as well.

“I have smelled it several times,” he said, “and always when any flowers around have been closed because of cold weather. I don’t think I have ever smelled it in the summer time.”

Arbogast’s duties as a ranger often involved the huge Hollywood sign itself. He explained that in recent years, alarms systems have been installed near the sign to keep people away from it. There is always a danger of vandals and many suicidal individuals who want to go out the same way that Peg did. The alarm systems incorporate the use of motion detectors and lights to keep intruders away.

Arbogast recalled a number of times when the alarm system indicated that someone was close to the sign, even though a thorough check by the ranger revealed no one was there. “There have been times when I have been at the sign,” he said, “and the motion detectors say that someone is standing five feet away from me… only there’s nobody there.”