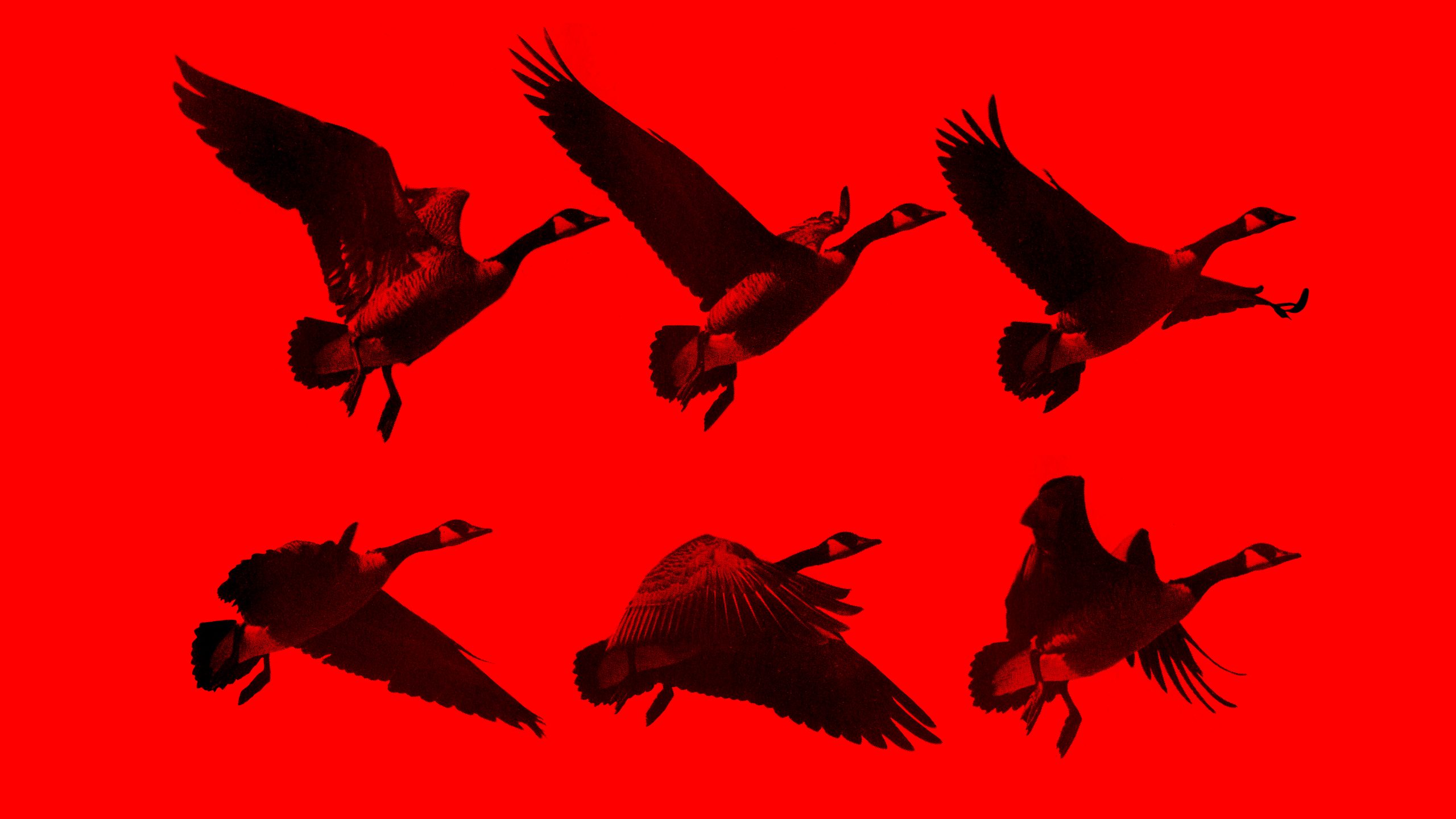 If you thought that the bird world and the land of type would never meet, think again. Roman Kingsley, from the Adelaide suburb of Burnside in South Australia recently contacted Letterbox to speak about a unique typographic project he has been developing since 1997.

Kingsley has been a bird trainer since 1978 and regularly competes in national bird training competitions and recently struck on an interesting idea when on holiday in Perth. “I was looking up at the sky and saw a plane skywriting these puffs of white smoke in the sky. Those cute little puffs reminded me of Bert and Busby, my two main prize winning birds. I thought, my birds could do that, spell words out, with a bit of training. After all, flying in a V formation every winter comes natural to them. It’s only a short jump from that to get them to spell out other letters and then maybe entire words – although punctuation could be a bit more complex”.

The advantages of Kingsley’s idea became instantly clear to see. “Normal skywriting is only able to be in one place at one time, whereas my birds can assemble and reassemble at any point spelling different things out anywhere else. Sure there are a few teething problems – trying to get the birds to spell properly was a bit difficult. Also it takes normally about three months to train the birds to spell out a word. Even once each bird knows the letter, they have to know where in the word that letter occurs. But I’m hoping to speed it up more in the future. Curved letters, you know, O, C, B etc take the birds a bit longer. But it’s early days”.

Early tests showed that the gradual development of the typestyles the birds were able to achieve – at first the letterforms were all based on geometric variations of the letter V. “I trained them up gradually, getting them to learn other letters. During this long and economically hard early period, we contacted the car manufacturer VW to see if they were interested in promoting themselves using the birds. They said it didn’t fit in their marketing plan so we continued training until we got out first client, VOLVO, in I998. We definitely prefer our clients to have straight letters in their name. We don’t like too many curves”. Just a quick glance at Roman’s potential client list featuring such companies such as ANZ, AAMI, NIKE and IKEA clearly shows an understandable inclination for the linear letterform.

Kingsley continued with the great benefits of his idea, “It’s faster and more portable than normal skywriting – and you don’t get that fade-out factor that you get with normal skywriting.” It was at this point in the interview that Kingsley’s ambitious plans for the future emerged, “This kind of thing is really unlimited you know – e are thinking already of adding an sound element to it where the geese squawk as they form the letters to attract even more attention. And we’ve already started experimenting with fixing lights to the birds to turn on when the word is formed. We could then night-runs for festivals and stuff – try doing that with your little white puffs of smoke”.

Whilst all of this seemed very exciting and possibly financially lucrative, I asked about any unique difficulties using the birds as future skywriters – Kingsley mentioned that during breeding season the birds keep wanting to get closer to each other causing potential letterspacing issues.

Roman Kingsley’s wife, Lorraine, was initially a sceptical about the idea until the first cheque arrived from VOLVO. It was then that she could see the potential financial return for all those years of training.“It’s about time those birds starting paying for themselves”.

The line of bird competition trophies lining their mantelpiece is certainly a healthy indication that with perseverance, Kingsley’s idea may offer some great possibilities in the future.